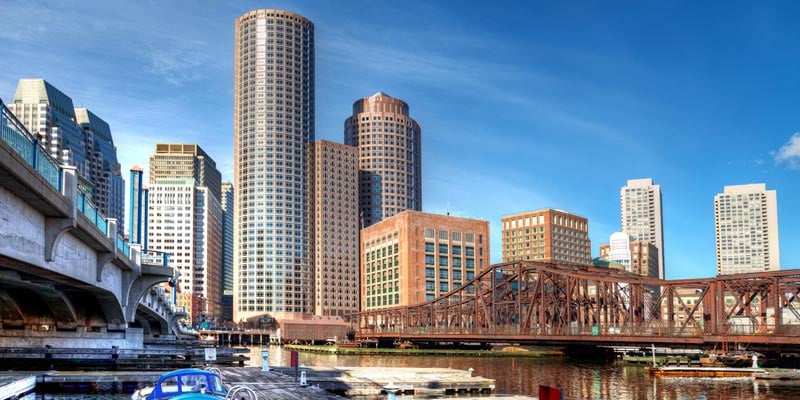 Tips You Need for Moving from New York to Boston

When making the big decision to move from New York to Boston, it’s important to plan for your long distance move accordingly. Unlike moving across town, you don’t have the easy option to make multiple trips.

With a population of 655,884 in 2014, Boston “The Hub” Massachusetts is the largest city in New England. Known for its clam chowder, baked beans, Sam Adams Brewery and friendly New York rivalry, even Yankee fans have found themselves making their way up to uncharted territory.

But if you’re choosing Boston as your new home, than you already know about the Red Sox.

Here are some fun facts you might not know about Beantown along with some not-so-fun necessities that will be crucial to a functioning and safe life up the east coast.

Boston is an old city, founded on September 7, 1630. And with its old world charm comes buildings with rich American history.

Local Fact: Boston is home to the country’s oldest restaurant in continuous service, The Union Oyster House built in 1826, along with the nation’s oldest inn, just above 300 years old, Longfellow’s Wayward Inn.

"Boston is a cultural hub for restaurants and bars. And we aren't just talking clam chowder and baked beans."

Local Fact: Fenway Park is America’s oldest baseball stadium, built back in 1912 and home to the infamous and 7 time World Series Champions, the Boston Red Sox.

Boston is a cultural hub for restaurants and bars. And we aren’t just talking clam chowder and baked beans. Il Villagio delivers an authentic Italian cuisine.

Bostonians are nice, too. In fact, Boston was named the tenth most charitable city in the nation.
The median price for a single-family home is between $296,000 - $2.3 million, so there are a variety of homes available.

Boston is full of well-educated people. With Harvard, Yale, MIT, Tufts, Brown and Dartmouth either in Boston or just around the corner, the brain-power in this town is palpable. In fact, 4 of the top 10 Most Educated Places In America are Boston-area suburbs.

Bostonians have their own language. Seriously.

Local Tip: Check out this comprehensive guide to Boston slang.

It’s a good idea to do your utility research in order to have all of your necessities smoothed out before arriving. By having your water, electricity, cable, gas, etc. all set and ready to go, it will make the transition of the move that much more streamlined.

With 217 miles laid out between NYC and Boston, the relocation process can seem daunting, but with the right tools and professional movers, even a long move can be as smooth as a pint of Sam Adam’s Boston Lager.

Check out these four tips for a successful long distance move from New York to Boston:

1. Give yourself extra planning time

With a long distance move, it’s crucial to give extra attention to the planning process. Make sure that you start preparing at least 8 weeks prior to your moving date. Unlike with a regular local move, you probably won’t have much opportunity to make multiple trips, so ensuring that everything is executed smoothly from the beginning is essential to keep yourself headache free.

Pro Tip: It is important to check on the moving truck accessibility in the aforementioned locations. Additional charges are incurred if the household goods need to be transferred to a smaller truck for a gated community or downtown.

2. The sturdier the box, the better

Make sure that you invest in some good, durable moving boxes. Your most prized and personal possessions are going to be making their way down the east coast, so it’s imperative that they are protected as best they can be.

Think about your current items – think about what you absolutely NEED, and what can likely get tossed or donated. When moving long distance, the lighter your load the better. Bring your essentials, but consider getting rid of that old ironing board and investing in some new kitchen appliances once you’re settled in.

4. Take inventory and detail those boxes

When moving states away, it pays to be extra organized. Take pictures of all of your belongings so that you know exactly what you are or aren’t bringing with you. And don’t forget to label those boxes as detailed as possible – nothing is worse than getting to an empty house with a truck load of un-labeled or sort of labeled boxes. The better you detail your boxes, the easier it will be when you start unpacking and filling your new space.