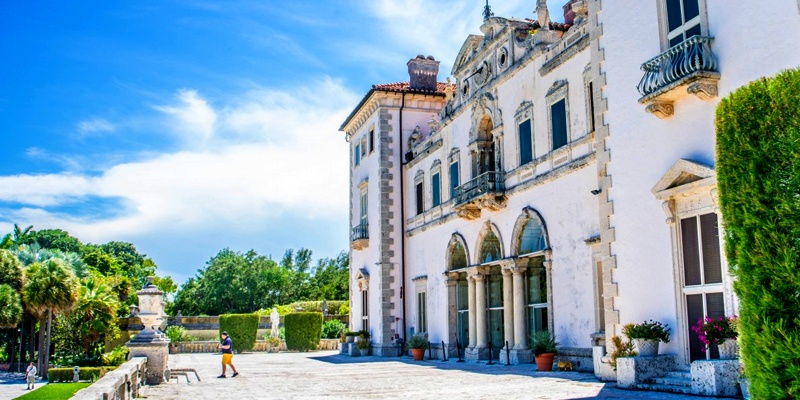 Here's Some of the Best Architecture in Florida

If you've set your sights on moving to Florida, you want to make sure you know know how the most beautiful spots! When people think of Florida architecture, they might think of palm trees, beautiful beaches and Miami's downtown skyline that has been popularized in television shows like "Miami Vice." But did you know that Florida is also the home of some fascinating, historic and beautiful architecture? Here is some of the best architecture in Florida.

Miami Beach is best known for partying and beach-going, but next time you visit Miami Beach, you should check out the gorgeous Art Deco architecture that exists all along its main streets. Art Deco was a style of architecture popular in the 1930s, which is a time when many people were building properties in Miami Beach so they could live the beach lifestyle and participate in the cosmopolitan culture happening there. According to the Miami New Times, "That era of building focused on resurrecting the fledgling resort community in the chic new style that had come out of the 1925 Paris Exposition Internationale des Artes Décoratifs et Industriels Modernes, which would be shortened to simply 'Art Deco.'" Some classic examples of Miami Beach Art Deco are the Raleigh Hotel, The Carlyle, The Colony Theatre and Jerry's Famous Deli.

Maybe your tastes range more to the grand Italianate mansion instead of the hip 1930s Art Deco. If so, the Vizcaya Museum and Gardens are for you. Vizcaya is an enormous mansion built by a scion of American industrial wealth named James Deering, who retired in the late 1800s after a career as an industrial magnate. He desired to create a mansion designed with all of the luxuries of Europe, from Italian tile and fountains to the finest velvet draperies. Vizcaya Museum in downtown Miami, Florida preserves this mansion for visitors to experience.

You may not think of Disney World as a serious piece of architecture, but you probably should. Walt Disney's theme park designs have influenced architecture around the world, bringing the idea of the "Main Street" to many American and international housing developments. Disney's innovations on architecture include his development of "futuristic" styles, such as those evidenced at Tomorrowland, as well as Epcot Center. Walt Disney also contributed to the popularization of American folk architecture styles, like the New Orleans Bayou style of the Pirates of the Caribbean ride, which is known and beloved the world over.

Just because it's sun-kissed Florida doesn't mean that serious art and architecture can't occur there, and the Tampa Museum of Art proves this. The museum, designed by San Francisco architect Stanley Saitowitz, is a modern masterpiece that will make you feel like you have set foot in Paris or San Francisco. Florida's architectural wonders are everywhere; just take a look!