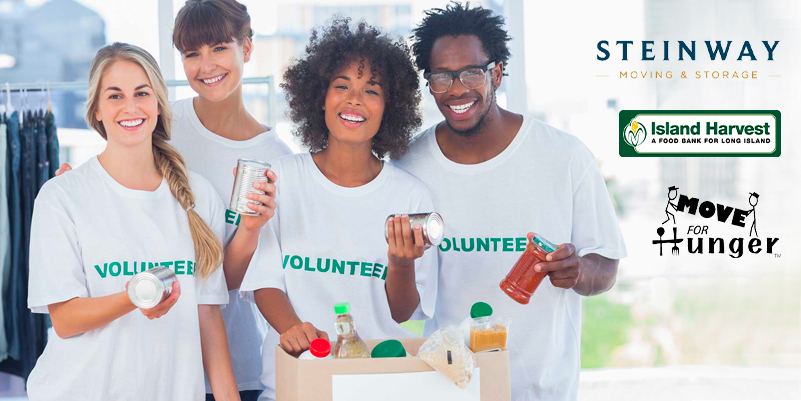 Move for Hunger has delivered more than 11,479,245 pounds of food to food banks across the United States and Canada. These donations account for more than 9,566,038 meals for people in need.

Recently, Steinway Moving & Storage helped to raise that number during its annual Fill-A-Truck event, held on April 6, at King Kullen Grocery in Rockville Centre, during which they collected non-perishable food donations from the community.

1 in 6 children in New York are food insecure.

Learn more about Move For Hunger

Shoppers helped to fill an 18-wheeler truck with 650 pounds of food items, which were then donated to Bethpage-based Island Harvest. This was the largest quantity Steinway has ever collected since it began its partnership with Move for Hunger seven years ago.

The donations will be distributed to food banks across Long Island over the next several months.